Based on special tipoff 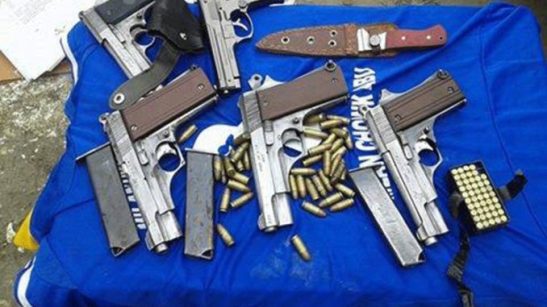 Police have recovered US made three sets of loaded pistols with six rounds, three sets of extra magazines, 39 sets bullets, unloaded Italian pistol, 48 sets of bullets, doll pistol one set and knife from them.

Suspects were arrested from Abhiyan Shrestha’s house in Aanbu Khaireni rural municipality- 3. Arrested have been kept in custody of Anbu Khaireni police now.

This entry was posted on December 31, 2017 by aanbookhairenipost in स्थानीय समाचार/local news.